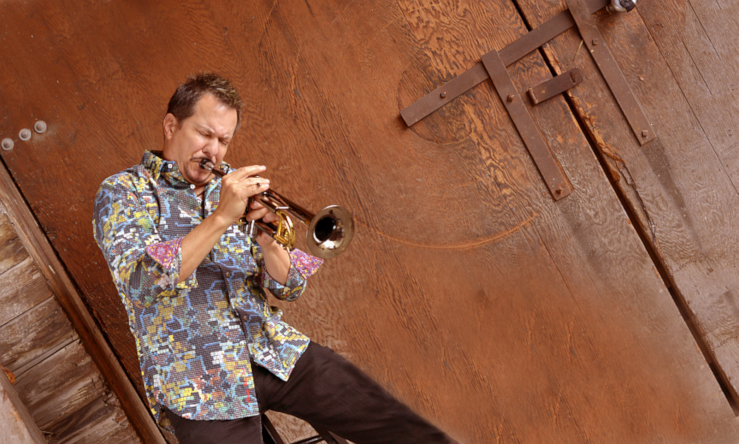 “I have been using Band-in-a-Box since my Atari days and the program has grown and blossomed like a hothouse flower! My history of 10 Billboard hits, 14 albums, Juno awards, Album of the Year Award , and JazzWeek charting has all been interwoven with Band in the Box. A great tool for songwriting, arranging, preproduction, and even finished projects. Visionary work PG Music!”  - Gabriel Mark Hasselbach

Gabriel Mark Hasselbach unabashedly embraces Contemporary/Smooth and Mainstream/Classic jazz, as a succinct and lyrical trumpeter, flugelhornist, and flautist, with mad skills across the wide jazz spectrum (he also plays valve ‘bone, electronic valve instrument, and sings!). He has 15 critically acclaimed albums under his name (and many more with others), 11 certified Contemporary Jazz Billboard hits, several JazzWeek hits, several JUNO Awards, a West Coast Music Award, and Album of the Year and Instrumentalist of the Year at the 2011 Canadian Smooth Jazz Awards.

Gabriel has charted on mainstream and contemporary charts, and feels that both formats have emotional, intellectual, and artistic merit. He has performed at festivals all over the world, including Montreux (Switzerland), North Sea (Netherlands), Portugal, Tokyo, Mexico, Singapore, French Quarter Fest (New Orleans), Vancouver International Jazz Fest, Australia Expo, Kuala Lumpur Jazz Fest, at the 2008 Beijing Olympics, and even in the home of Bill Gates.