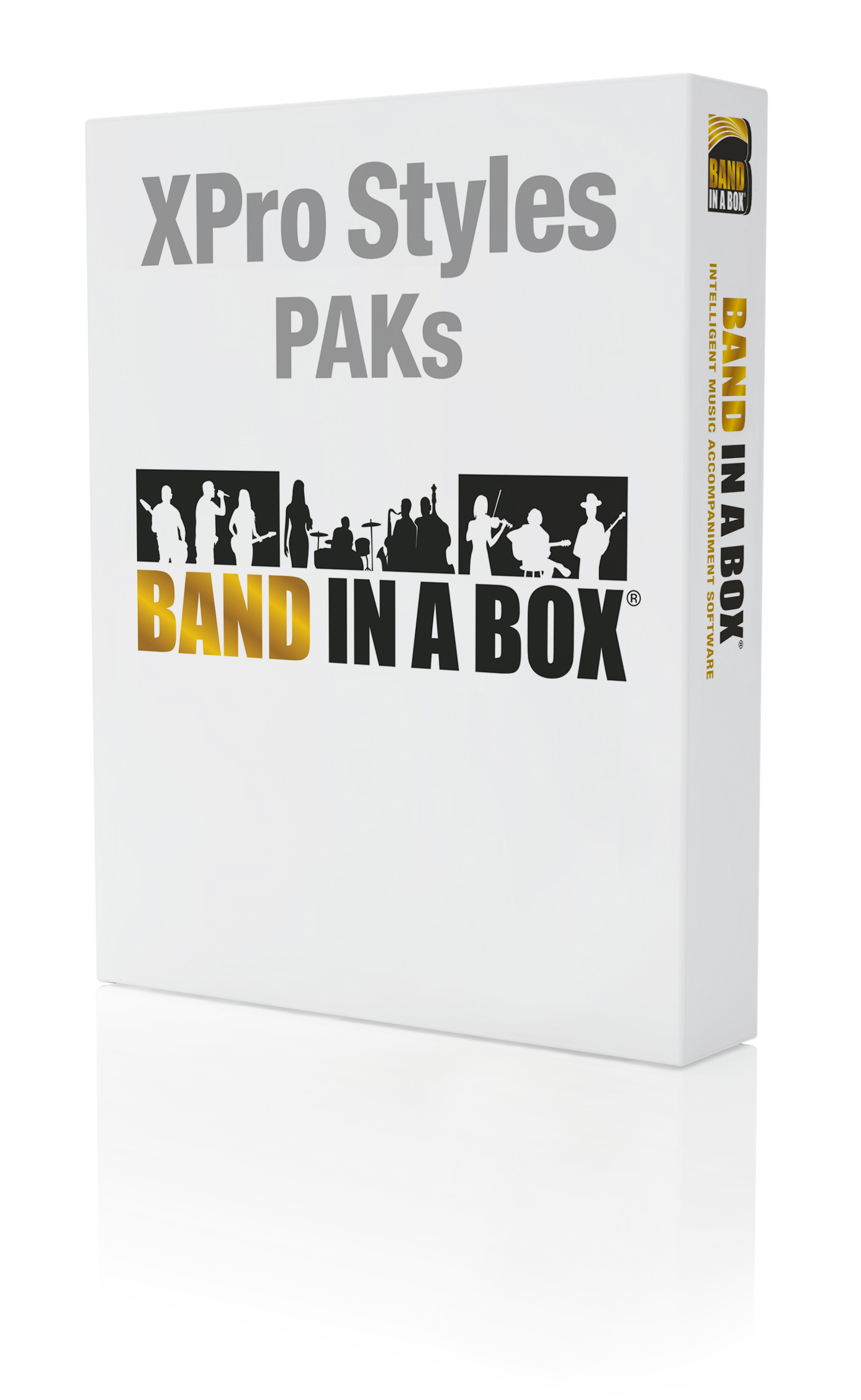 Band-in-a-Box® Pro users rejoice! XPro Styles PAKs capture the spirit of Xtra Styles PAKs with fully-produced and uniquely-arranged styles. However, these styles are compatible with EVERY Band-in-a-Box® package! This results in far more variety in the StylePicker for many of our users. All of these styles are professionally mixed and include genres like jazz, country, bluegrass, pop, singer/songwriter, rock, and more. The possibilities are endless when you have these styles at your fingertips!

These brand-new professionally mixed styles are in four genre packs: 25 Rock & Pop, 25 Jazz & Funk, 25 Country & Bluegrass styles, and 25 styles featuring a mix of genres. We've also added 35 RealTracks and RealDrums (a $200+ value) that can be used in any of your Band-in-a-Box® projects! These additional RealTracks and RealDrums are not included in any 2022 Pro or MegaPAK package!

Includes 100 RealStyles in the following categories:

Includes 100 RealStyles in the following categories: