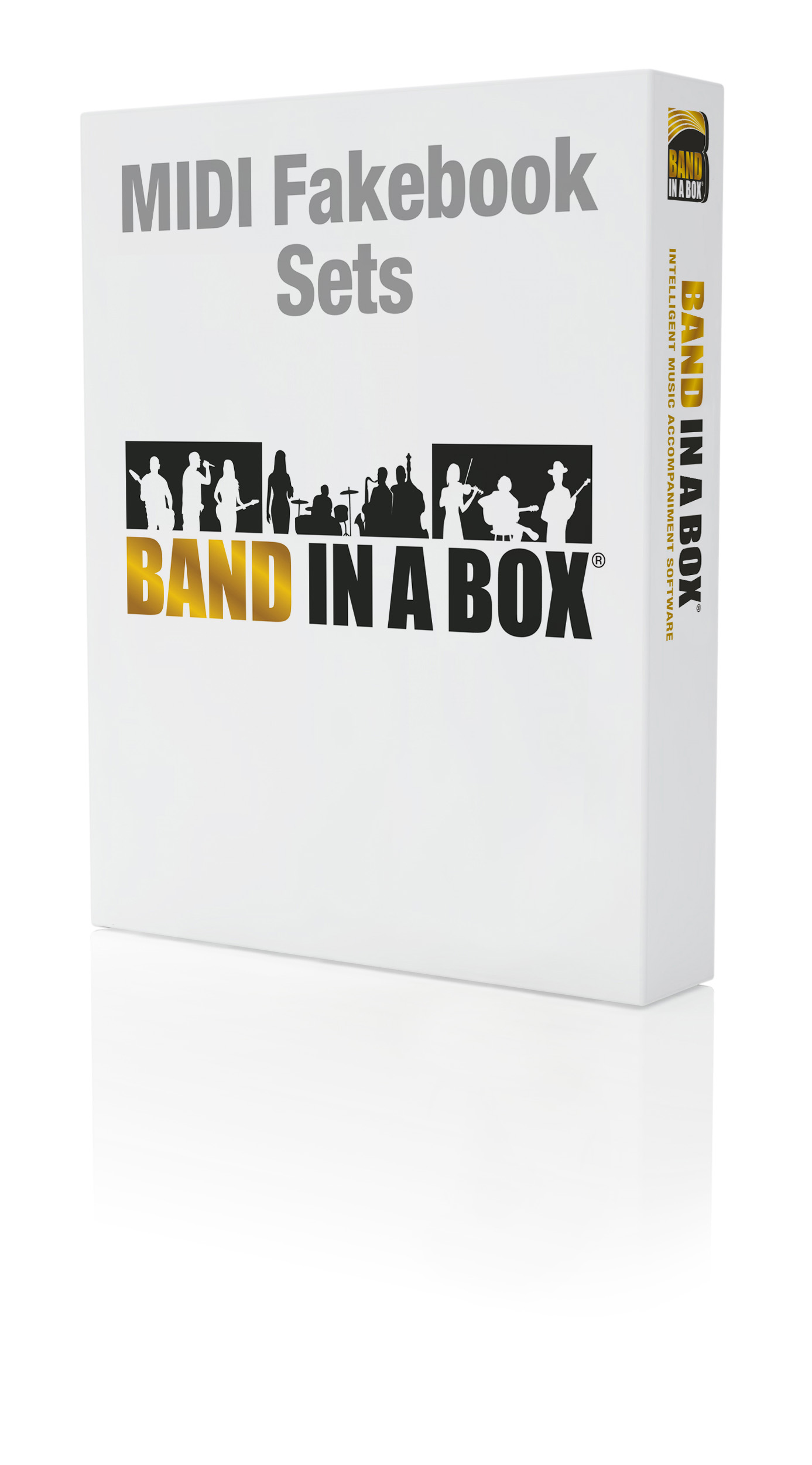 The MIDI Fakebooks give you hundreds of songs at the touch of a button. Load the songs into Band-in-a-Box® for practicing, playing along, or creating your own arrangements right on your computer.

All of the MIDI Fakebook Sets are included in the UltraPAK+ and Audiophile Editions of Band-in-a-Box®, and the Songs & Lessons PAK.

The sound track music styles in Styles Set 50 are a kind of blank mood canvas, ready to create music tracks for your home videos, corporate presentations, movies, voice-overs, or jingles. The SoundTracks MIDI Fakebook Volume 2 uses these styles for even more royalty-free songs that are Joyful, Reflective, Exotic, Goofy, Funky, Upbeat, Mysterious and Majestic ‐ just to name a few. These songs are ready to go "as is," or as templates for your own sound track compositions. And the award goes to? You!

Picking up where Volume 2 left off, The Classical MIDI Fakebook Volume 3 includes 100 well-known Classical standards performed by Miles Black. The influence of Classical music is undeniable and still reverberates in today's popular music. What better way to study the works of the great masters than seeing and hearing them performed in Band-in-a-Box®'s "chords & melody" format. Whether you are a casual listener or a serious music student, The Classical MIDI Fakebook Volume 3 has something for everyone!

100 performances of well-known Classical standards performed in Band-in-a-Box® "chords and melody" format. Hear the great works of Chopin, Beethoven, Mozart, and many others in virtuoso melodic performances by Miles Black. See and learn how the great masters used similar chord progressions to those employed today. Change the styles for variations, learn the pieces by studying the chords, or transpose the pieces to familiar keys for further study.

The MIDI Fakebook gives you hundreds of your favorite tunes at the touch of a button. Load the songs into Band-in-a-Box® and play along, or create your own arrangements. Learn traditional Jazz and improve your improvisational skills at the same time with the Soloist Feature in Band-in-a-Box®!
Includes 300 songs: Traditional / Original Jazz and Pop - 50 Songs. Classical - 200 Songs. Bluegrass - 50 Songs.