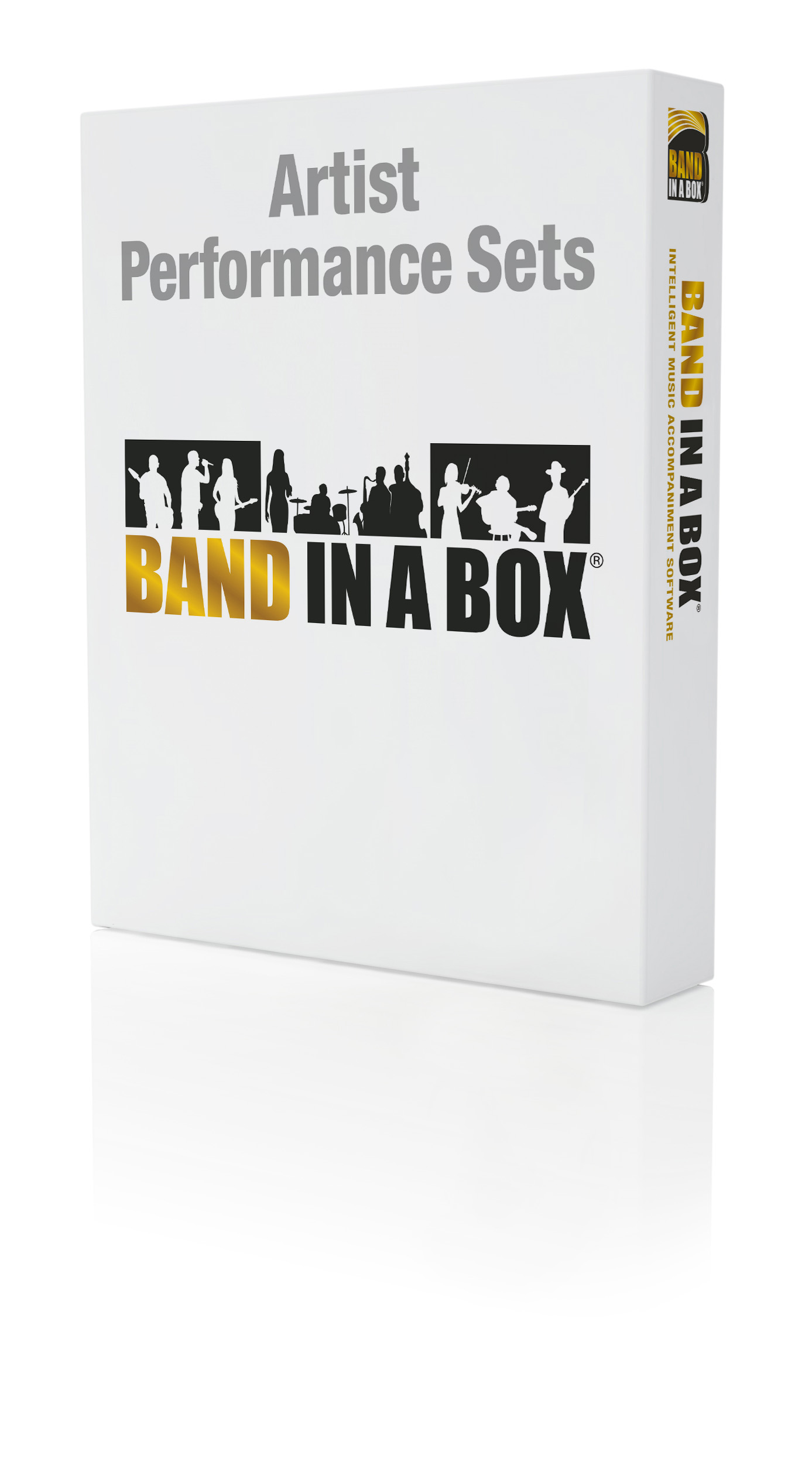 These are collections of Band-in-a-Box® RealTracks demo songs, which have artist performances on the Melody track. They are different from a "RealTracks" track since they aren't generated by Band-in-a-Box®, but rather are recordings of the Artist playing melodies or solos along to the Band-in-a-Box® generated accompaniment tracks.

Artist Performance tracks are great for learning-from-the-Pros, since all the Tracks include audio (stretchable to any tempo), notation, on-screen guitar, and guitar tab. Performances typically have a melody for two choruses, followed by a solo for two choruses (one simple chorus and a second advanced chorus).

We've made it easy to get ALL the Artist Performance tracks - they are all included in the UltraPlusPAK, EverythingPAK and Audiophile editions of Band-in-a-Box®.